In  Meeting street photographers  on December 21, 2011  has 4 Comments

When Craig kindly invited me to a street photography outing in Sydney, I gladly accepted. And it was a great pleasure to meet him and his friends. A few shots, a few beers and a lot of interesting talks. Surprisingly, I was the only one out there with a digital camera, who said film is dead ?

As usual, the pictures illustrating this interview were taken during our outing. 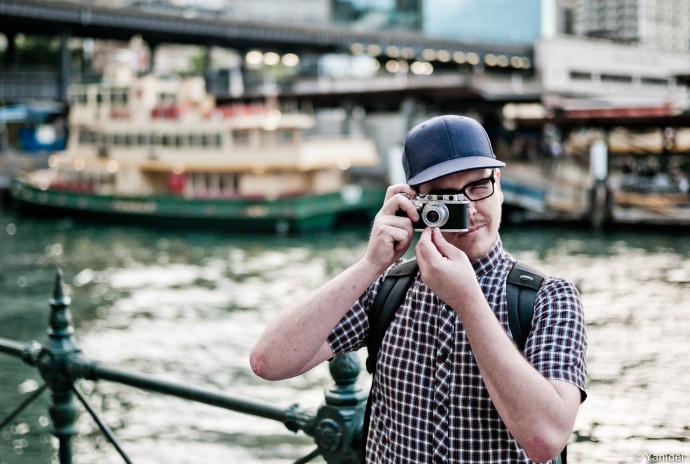 Here are a few questions that Craig kindly accepted to answer :

Sydney is an amazing place for street shooting. What is your vision of it and how do you depict it through your street photography ?

Sydney can be an amazing place yes, lots of different kinds of people and for Australia it’s about the busiest place you could find for foot traffic. My vision? I don’t think I really have a vision for Sydney or street photography, I just photograph what I observe in a (hopefully) un-biased way. I don’t like to interrupt things unless they interrupt me, I just like to record what I see and how it presents itself… I think that maybe makes for boring photos at times though, but that’s what I like. 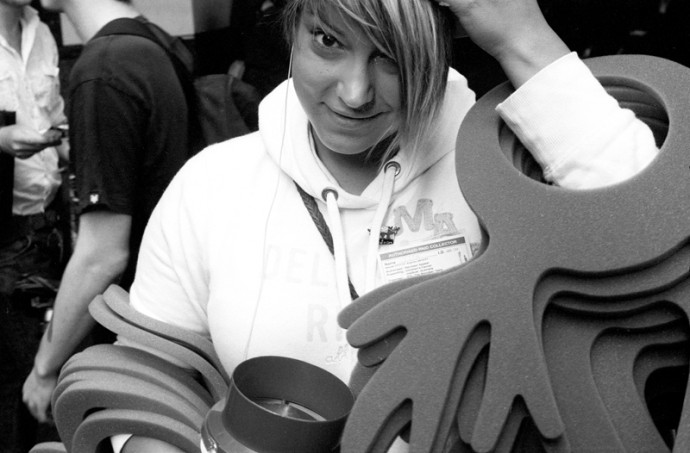 You created a forum dedicated to photography, can you tell us a bit more about it ?

Sweet Photos Bro! Yeah, I set it up as a place for all of the photographer’s I conversed with or followed online from several different forums and online communities to kind of “hang out” together and post our work and links to. Also, with the view to collaborate with these guys (and girls) on projects together, maybe make some ‘zines. Over the last few years some of the forums I used to frequent had kind of dissolved, or lost the feeling they used to have or maybe I’d just grown as a photographer and was interested in talking about different things and connecting with people more local to me. It’s just kind of grown from there a bit, and I/we are looking to do some cool stuff this year and make it more than just a forum… we’ll see. 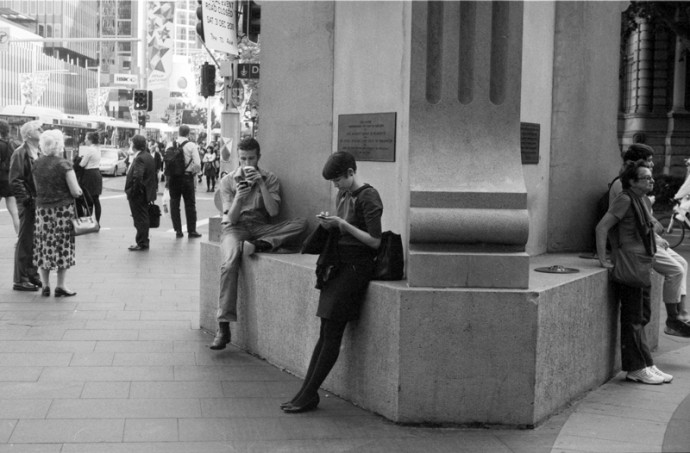 You mentioned that you have owned 47 cameras over the last couple of years ? Do you enjoy experimenting with equimpent or was it the quest for the perfect look in your photography ?

Yeah I do enjoy using different equipment, I’m obsessed with photography and the tools and gear required to take those photos – digitally and with film – so I just kind of wanted to try out absolutely everything because I could… and I mostly have, and it was fun but I realised that no matter what I used my photos still mostly looked the same or similar (to me) and that ultimately the gear doesn’t REALLY matter as long as you keep om taking photos; but I still kept trying out new things I saw that looked interesting. I’ve slowed down on the trading, buying and selling but don’t imagine i’ll ever stop – ha, I think that worst part is missing gear you used to have, but I just keep shooting and I like what I have now (and have had at any point). 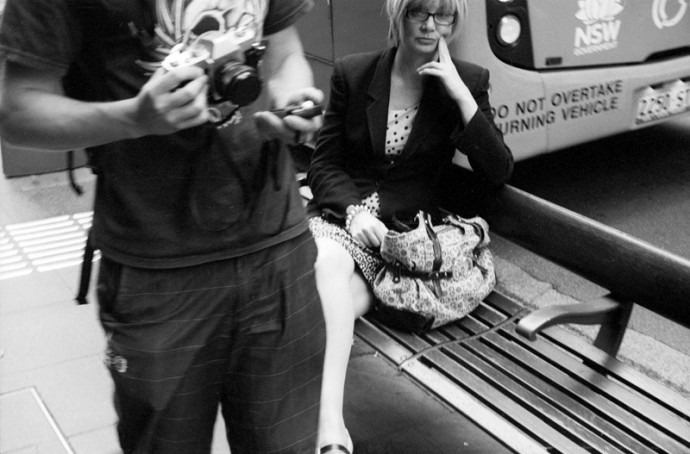 You brought a 76 years old Leica IIIA along today to shoot, is it still in some ways the utlimate street photography camera ?

Ultimate? For me, yes. For other people, most definitely not – ha. It’s a cumbersome, awkward camera with some idiosyncrasies and is pretty fiddly (separate rangefinder and viewfinder windows, tiny viewing ports, odd shutter speeds, slow lenses, I use old reloadable brass film cartridges, you have to cut the leader longer and loading the film is frustrating at times). But I like it’s small size, and i like it because it’s quaint and doesn’t offend anyone… I’m just that weird guy with that little old camera thing. It’s fun, and I like the idea of holding and using something so old… To think about where it’s been and the things it has been used to photograph in its time. I’ve also recently kind of evolved into a standard lens shooter as well, something about the perspective and the way it renders a scene really are starting to appeal to me. I think my absolute ultimate street shooter would be a Leica 1 Model A, preferably a late 20’s model… I like the idea of not having a rangefinder and having to guess distances, ha. I don’t know, maybe I’m a masochist at heart J I also really like the even grey tones and the look that you get with older lenses on B&W film, the nostalgic sense it gives. And, for me, photography is essentially about recording the past (because what you’ve shot is already in the past before you see it) so that kind of fits in with my vision of photography I guess.

Just love the first picture of the girl with the things on her arm.

Great photography, you just have to love using vintage gear, I have a Jupiter 3 on my M9 most of the time………

I’ve been using my 1935 Leica 111 (top speed 500, not 1000 as on the 111a) and a 3.5 f3.5
Summaron set to the hyper focal distance for street shooting. On a decent day, I can stop well down with XP2. The camera with it’s flattish lens slips easily into jeans front pocket.
I shoot discreetly, only taking the camera out to fire and returning it to my pocket in one, seamless and very well practised movement. Although the model 1 has been mentioned, I think you will find the top of a 11 or a 111 makes for easier, non-snag lifting of the camera from a trouser pocket. After taking your shot, it is important to move on, just in case you are being watched.